GoShare and Burtin Racing Going Back to Cali 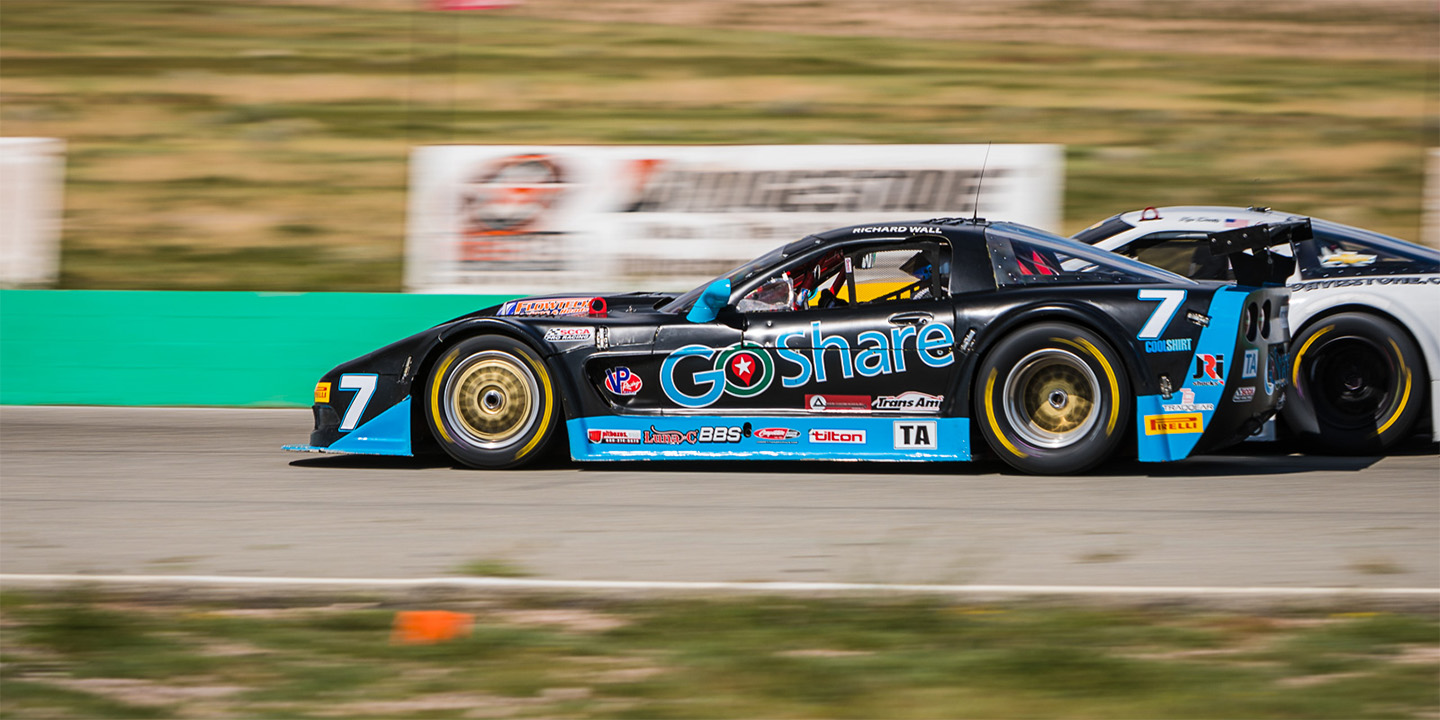 Los Angeles, CA – April 25, 2017 – It’s back to business out West for Burtin Racing and the GoShare team this weekend for The Trans Am Series West Coast Championship Round 2 at Auto Club Speedway. This NASCAR fast track in Southern California will stage the Trans Am presented by Pirelli 100-mile race on the sports car course in a joint weekend with SVRA. The race is schedule for Sunday, April 30 at 4:10pm PST.

“I am excited about the Fontana race and hopeful for even better results than Willow Springs,” exclaimed Richard Wall, driver of the No. 7 GoShare C5. “I arrived at Willow out of practice and unfamiliar with the car. For Fontana, I will have a fresh engine and we made some changes in the car to make me more comfortable to drive. Claudio and his crew have gone through the car, prepping it to perfection, so I am looking to be faster and more consistent. I love the track in Fontana, it has a high speed banked turn along with slow first gear corners. This will be the best race ever for me!”

Race Day activities are in order for Sunday, with Burtin Racing to host a GoShare Truck Corral starting at 10am PST. Los Angeles based GoShare truck drivers will experience a thrilling day of team building, parade laps and up close action to the race day from behind the scenes. Learn more about the GoShare local delivery app at goshare.com and download it on your mobile device today.

“We will be leaning on Richard to get the car dialed in at the Fontana circuit,” said Claudio Burtin, Burtin Racing team owner. “It will be the team’s first start at the wide banks of the speedway. We have been working hard since Willow and have some good data from the other two NASCAR oval tracks we race on. We are all looking forward to a successful weekend, as we continue our pursuit of the West Coast Trans Am Championship. Rich has a lot of miles at Fontana driving his AC Cobra and he adapted very quickly to the modern era cars. He has a shot at that top step of the podium.”

The Auto Club Speedway Round 2 for Trans Am presented by Pirelli will host the first official series practice on Friday, April 28 at 10:35am and qualifications on Saturday, April 29 at 10:45am PST. Green flag to start the race is Sunday, April 30 at 4:10pm PST. Get your tickets to the event by following the link, https://t.co/aOu5JIltEG.