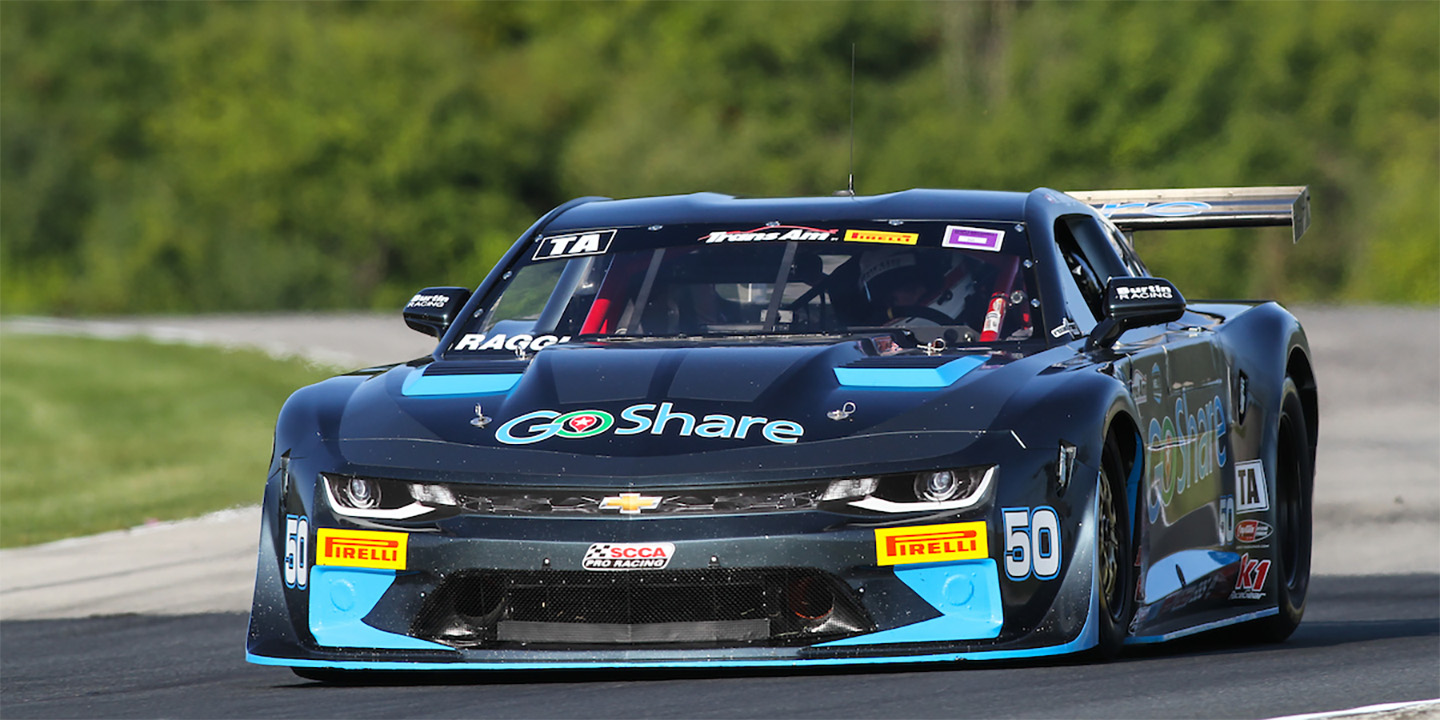 ELKHART LAKE, WI – August 28, 2017 – The Road America Classic weekend started off in perfect order for Burtin Racing and Martin Ragginger with the GoShare Axalta Chevrolet Camaro putting up the fastest laps and securing the pole position for the race. The Trans Am presented by Pirelli series featured Round 8 of the 2017 championship yesterday morning alongside the NASCAR Xfinity Series at Road America.

Ragginger’s GoShare Axalta Camaro was magnificently prepared by Burtin Racing for the main event at the iconic Road America circuit, and duly clocked the fasted lap in Friday practice and continued this pace into the weekend.

A torrential summer rainstorm greeted the start of Sunday’s race, but it made no difference to Ragginger in the No. 50 GoShare Axalta Camaro. The ultra-quick European shoe was pulling away from the field at a ferocious pace but sadly for him and the team, a mechanical failure on Lap 3 meant a premature retirement from the race.

“Hard work all weekend didn’t pay off,” stated Martin Ragginger after the race. “We have been the fastest car out there but to finish first, first you have to finish.”

It was obvious that expectations were set high and the goal for the Burtin Racing team is to win. Martin Ragginger has proven to be a competitive entry to contend with in Trans Am. Two weeks ago at Mid-Ohio he came from the back of the field to place second on the podium in his rookie TA race debut.

“I’d like to thank the brave race fans that came out early and endured the rain to see our Trans Am show,” said Claudio Burtin, team owner at Burtin Racing. “We hit on a good rain set-up and Martin was distancing from Ernie [Francis] pretty easily. Then something got stuck in the Xtrac sequential transmission we use and the car could not continue. We won’t know exactly what happened until we get back to the shop in Atlanta where we will take a close look at what happened.”

The Road America Classic is scheduled to broadcast on the CBS Sports Network on Sept 20 at 10:00 PM ET.

Keep up to date with all the latest news from Burtin Racing at www.burtinracing.com and “Like” our Facebook page for more event details.