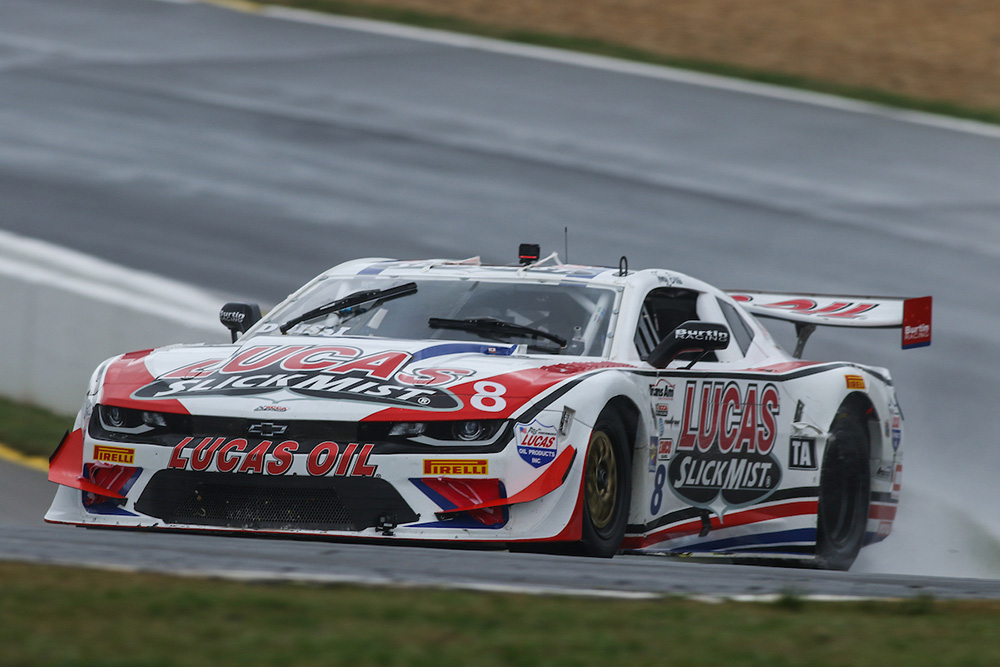 “We’ve been the fastest team this season but we’ve run into some technical difficulties which has not given us the results we expected.” Drissi said. “Laguna Seca is one of my favorite tracks and it’s close to home, so we’re going to continue to focus on bringing home the 2021 championship.”

This year’s Trans Am Laguna Seca race is an extra special event for Drissi; not only is it the closest to his Los Angeles home and one of his favorite tracks, but Drissi will also be racing the original Factory Jim Hall Chaparral Trans Am 1970 Chevy Camaro in SVRA. The historic car was raced by both Jim Hall and Vic Elford in the early 70s, and Elford took home a win at Watkins Glen that season.

In support of Brian Redman’s efforts to raise money for Vic Elford’s ongoing health issues, Drissi will hold the previous driver in his heart as he races the #1 Chaparral Camaro this weekend. To join Drissi and Redmen in their efforts to help Vic Elford and his family during this trying time, we encourage you to donate via the following link: https://bit.ly/3aJyNwz

Heading into Round 3 at Laguna Seca, Drissi is one of the top contenders for the 2021 championship. You can follow Tomy Drissi and Lucas Oil SlickMist on May 2, 2021 by downloading the Trans Am Presented by Pirelli app in the Apple AppStore or Google Play Store or by following Tomy Drissi on his social media on the links below.