Burtin Steps Into the Action but Comes Short of Top Finish 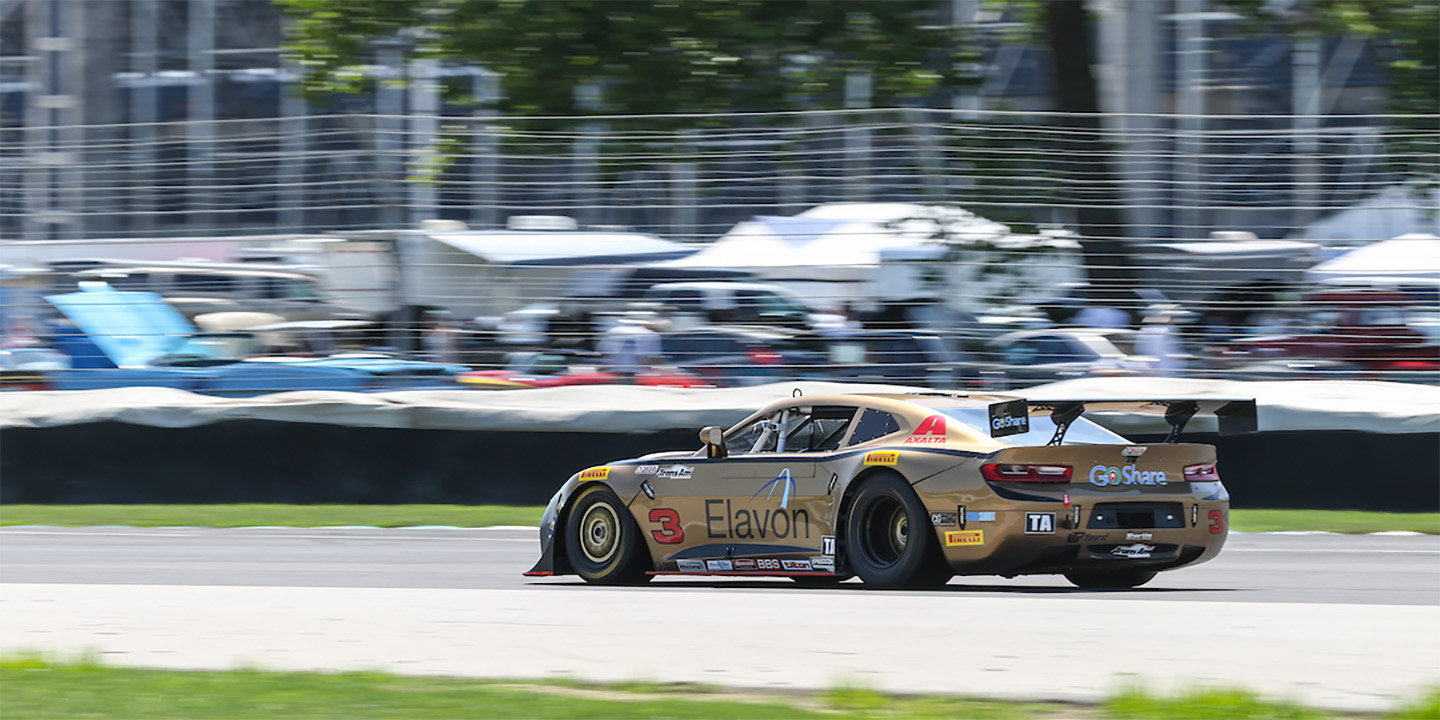 Indianapolis, IN – August 5, 2019 – It was a topsy turvy week of highs and lows for Claudio Burtin and the Burtin Racing team ended when the Alpharetta, GA. pilot and team principal had to retire from the TA class race at the Indianapolis Motor Speedway, Saturday, August 3 after looking booked for a possible podium finish. After the traditional midseason break, the 2019 Trans Am presented by Pirelli Championship resumed at the hallowed ground of America’s most famous motorsports facility located in Speedway, Indiana. Regular driver Tomy ‘The Rockin’ Moroccan’ Drissi, was lying fourth in the driver’s championship heading into the weekend, had been forced to pull out of the race at the beginning of the week with a calf injury.

Team Principal Claudio Burtin made a last minute call to get behind the wheel of his own Chevrolet Camaro Trans Am car for the first time in nearly two years. The action on the track started well for Claudio and the Burtin Racing team, with the No. 3 GoShare / Elavon / Axalta Camaro qualifying in P7, Trans Am Chief of Timing and Scoring Bill Skibbe clocking the best time at 1:29:330 on lap 3 of the qualifying session. It was a quick day’s racing all round with the track records in the TA and Super GT Classes both being lowered. When the race got underway Saturday at lunchtime, Claudio used all his expertise to move up to fourth on the track, running ahead of regular Trans Am Drivers Kerry Hitt, Simon Gregg, David Pintaric and Amy Ruman to put himself on the edge of the podium. However, Burtin’s race ended prematurely and he was forced to retire with 29 laps completed and had to settle for 9th overall. Burtin’s fastest lap in the race was lap 12, timed at 1:31:277.

Speaking to us after the race Burtin summed up an unexpectedly taxing week when he told us, “I am happy and I’m disappointed at the same time. Sometimes that happens in racing. The car was good. I got a good start and advanced a position on the first lap. I got a little love tap from the ACP Cadillac. Nothing major but it kind of loosened me up a bit. I held that position until the No. 57 Cadillac spun and that put me up to fifth. We were kind of riding there for a while. I overdrive the car a little bit. It wasn’t quite in tune enough to get the sway bar settings just right so the car went a little loose on me.” Of his tussle with driver Kerry Hit and his ACP Cadillac he added, “I was wearing him out a little bit. I knew I was getting to him. I was looking for the right spot to pass him again for fourth. Fourth was about as good as I was going to get today. To be honest, I wasn’t quite ready. Tomy rang me Monday morning [to say he wouldn’t be able to drive this weekend]. I gave it all I could. I’d like to say a big thank you to GoShare, Elavon and Axalta – our sponsors – without whom we wouldn’t be here.” The TA/SGT/GT drivers and teams have a quick turn around for the next event, traveling to Mid-Ohio Sports Car Course to support the NASCAR Xfinity series August 8-10.

Keep up to date will all the action from Burtin Racing at www.burtinracing.com and Tomy Drissi at tomydrissi.com. Stay up to the minute on happenings from the race weekend buy following along @Burtin_Racing on Twitter, @BurtinRacing on Instagram and Facebook and YouTube. For more information, full results and the upcoming schedule, visit GoTransAm.com.